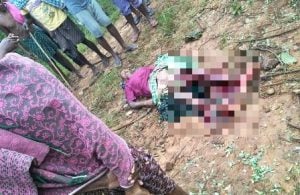 The deceased has been identified as Dhanu Bag.

Dhanu had gone to a forest located near the village to collect firewood when the bear attacked him. He died on the spot. His body was recovered by some villagers later in the morning.

The M Rampur police reached the spot and sent the body for autopsy.