Man divorced by wife for not answering text message! 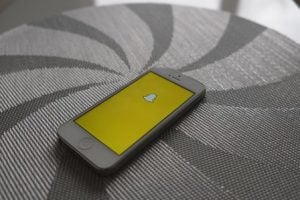 Taipei: If you are of the view that social media platforms and instant messaging services are a big boon for developing relationships and staying connected with your near and dear ones, think again! You can well land in a marital dispute due to this misconception like this Taiwanese woman, who divorced her husband recently just because the later failed to answer her texts on messaging and social media sites due to a technical snag.

The unusual incident happened in Tapipei, the capital city of Taiwan. The complainant woman was in contact with her husband over various social networking sites and instant messaging service IMessage and LINE app. The husband, who lived in another part of the country, failed to reply to her messages and suffered a divorce suit at the country’s family court subsequently.

In his suit in the family court, the woman complained that despite six long months of messaging on LINE App and other platforms, she never received a reply from her husband despite the fact that the messages sent were marked as “Read”. But she made up her mind to ‘call it quits’ finally when one of her messages saying she was in an emergency went answered by the husband.

On the other hand, the defendant husband claimed that he did not receive any message due to a technical snag on the messaging app and could not have a discussion with his wife due to the hectic nature of his job and staying away from home.

However, the judge hearing the case saw the unanswered messages on the smart phone and concluded the wife had enough grounds for a divorce.