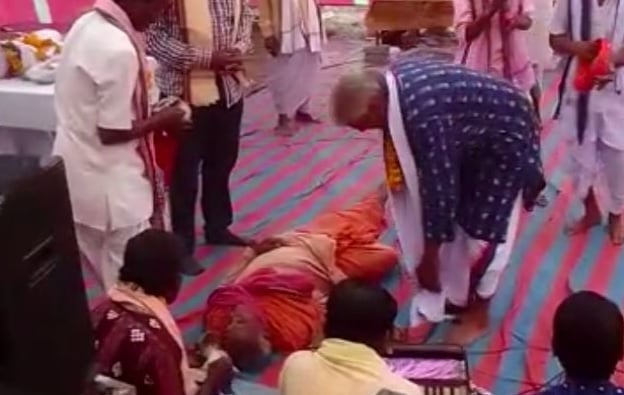 The deceased has been identified as Kailash Chandra Panda of Sindurpur village under Binika block of Subarnapur district.

Then, when his line was being repeated by the audience, he handed over the microphone to another person and started beating the gong. Within no time he collapsed on the ground. Others rushed to him and tried to get him back to sense thinking that he has fainted. A persons sprayed water on his face, but by then he had reportedly died.

A pal of gloom has descended in Binika area following death of Panda.

While the death was a tragic incident, some people told that everybody will die one day, but the death Panda got was rare, because he passed away while singing the name of God and while taking part in a religious event.

BMC bans movement of cattle on road to avoid accidents