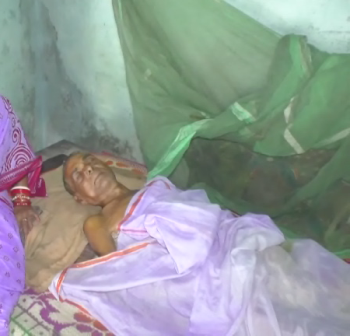 Paradip: Tragedy struck a family in the Nimidhi village under Paradip Lock police limits here on Friday after a man died on hearing the news of his son’s death.

The deceased have been identified as Ratnakar Panda and son Bibhuti Ranjan Panda.

Ratnakar’s family members said he was sick over last few days but the sickness took a toll on him after Bibhuti’s was found dead in a farmland near a temple in the village early this morning. After hearing the death news of son, Ratnakar suffered a cardiac arrest and died while being shifted to hospital, they added.

Paradip Lock Police reached the spot getting intimation on the incident and rushed Bibhuti’s dead body for autopsy in a bid to find out the cause behind his death.

Meanwhile, villagers have taken the responsibility of the poor family which lost it’s both the breadwinners in a day. They have also appealed for government assistance to the family.