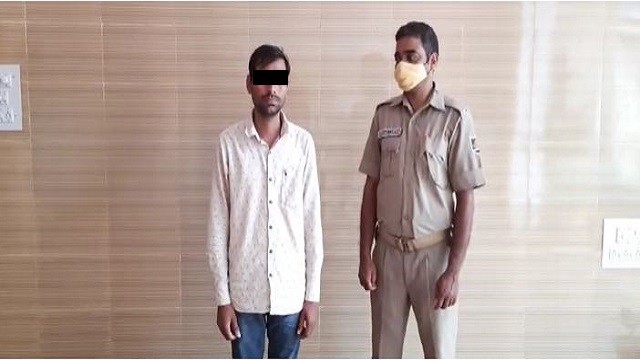 Bhubaneswar: Odisha Police arrested a man from Bhopal in Madhya Pradesh for duping Odisha based businessmen with Rs 89 lakh in the name of share trading. He had opened an office here and later fled from the scene following the loot.

The accused has been identified as Om Prakash Bhagat.

As per reports, Bhagat had taken a house on rent in Baramunda area of Bhubaneswar and pretended others of being a share trader. He assured people of giving 15 percent interest per month for the capital and earned lakhs of rupees.

Reportedly, two businessmen became victim of Bhagat’s trap from whom he managed to loot about Rs 89 lakh. Accordingly, a police complaint was lodged in this matter.

Following the loot the accused fled to Bhopal. So far two separate complaints have been received accusing Bhagat of loot in the name of being a share trader and falsely assuring people of giving interest at the rate of 15 percent per month of the capital.

If any further complaint against the accused surfaces, Commissionerate Police will bring him on remand, Police said.