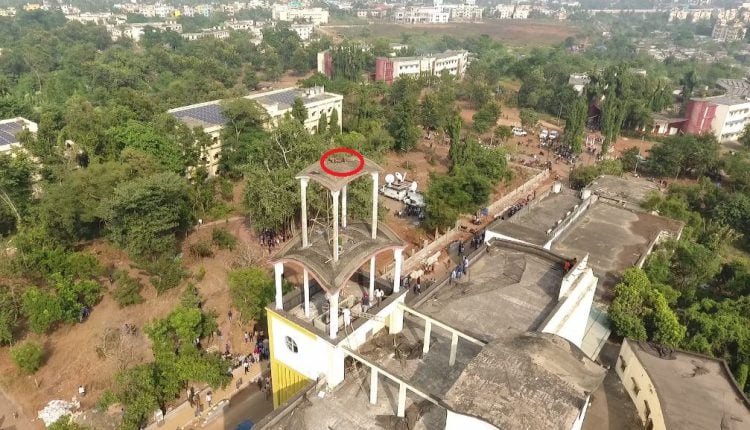 Bhubaneswar: Panic gripped the campus of Utkal University here after an unidentified man climbed atop the Parija Library and threatened to commit suicide while hundreds of students and staff watching this morning.

The man seems to be in his 50s was spotted in a semi-naked state on the Library roof by some staffs who immediately informed the varsity authorities. Fire tenders were pressed into rescue operation with any delay and water and food items were supplied to the man.

To avoid a possible the varsity authorities also engaged psychologists to convince the man to climb down the roof suspecting that he might be having mental issues.

Till the last report came in the rescuers had not succeeded in their attempt.

Facebook may finally take some action on political ads