Man chops off thumb to show support for Modi! 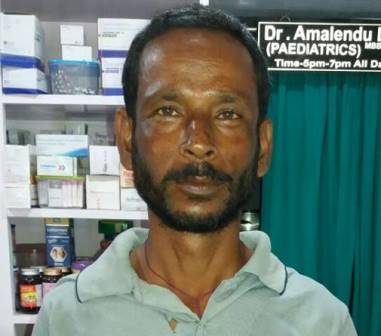 Kendrapara: In a bizarre incident, a 41-year-old man on Monday chopped off his finger to show his support for Prime Minister Narendra Modi’s developmental work and demanded to meet him.

“I am a die-hard supporter of Narendra Modi now as his good governance within a short span  has impressed me a lot. I cut my hand with a chopper to pay my respects to Modiji,” said Sahu.

On being informed, police seized the kitchen knife used by Sahoo to chop his finger and a portion of the right hand thumb from the spot.

Sahu was later rushed to the district headquarters hospital for treatment.