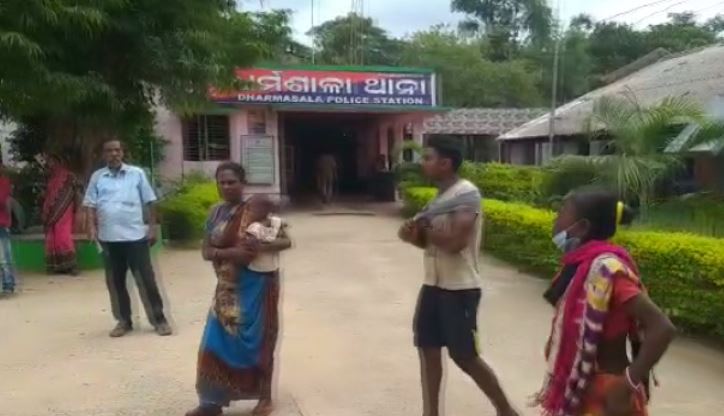 Jajpur: In a sad incident a man allegedly hacked his wife to death in this district of Odisha. The incident took place in the Munda sahi of Subhadrapur under Dharmasala Police limits. While the accused has been arrested the couple’s 3 children have become helpless following death of their mother and arrest of their father.

The deceased has been identified as Koili Tudu, wife of Rabi Pingua.

As per reports, yesterday night the woman died. While the reason behind her death is yet to be ascertained it has been alleged that fight between the husband and wife was the reason of her death.

Mother of the deceased has complained at Dharmasla Police station that Rabi has beaten up her daughter to death. Last week Rabi had allegedly beaten up Koili after he returned from work in an inebriated state for which she got critically injured. And then as she was not given proper treatment, she was killed, her mother complained at the Police station.

After getting information, Dharmasala Police reached the spot, seized the dead body and sent for autopsy. Police have arrested Rabi in this connection while further investigation is underway.

On the other hand, there are three children of the deceased – a 1 year old daughter, a 3 years old son and a 5 years old son. Now, after death of their mother and arrest of their father, these kids have nobody in the family to take care. The locals have demanded for the safety and livelihood of these kids.