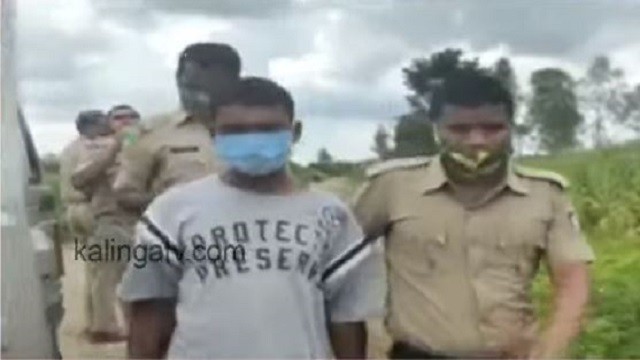 Nabarangpur: In a shameful incident, a man reportedly attacked a woman and raped her minor daughter in Tentulikhunti area of Odisha’s Nabarangpur district.

The accused person who has been identified as Tularam allegedly attacked the woman before raping her minor daughter while they were returning home after completing work at their agricultural field.

The woman sustained grievous injuries due to the attack by Tularam. She was admitted at Tentulikhunti Hospital for treatment. Later, she was shifted to Koraput Hospital as her condition deteriorated further.

The victim’s family member filed a written complaint at Tentulikhunti Police Station after the victim narrated her ordeal before them.

Odisha: Man dies after being hit by gas-laden vehicle,…

Acting on the complaint, cops from Tentulikhunti Police Station started an investigation into the matter and arrested Tularam from Pujariguda village.

The accused will be forwarded to the court later today, informed sources adding that the minor girl has been sent for a medical examination.

On the other hand, the victim’s family members demanded capital punishment for the accused person. “I filed a written complaint at Tentulikhunti Police Station against Tularam, who raped my daughter and attacked my wife. He should either remain in jail for his lifetime or should be hanged to death. Then only we will get justice,” said the father of the rape victim while peaking about the incident to the reporters today.