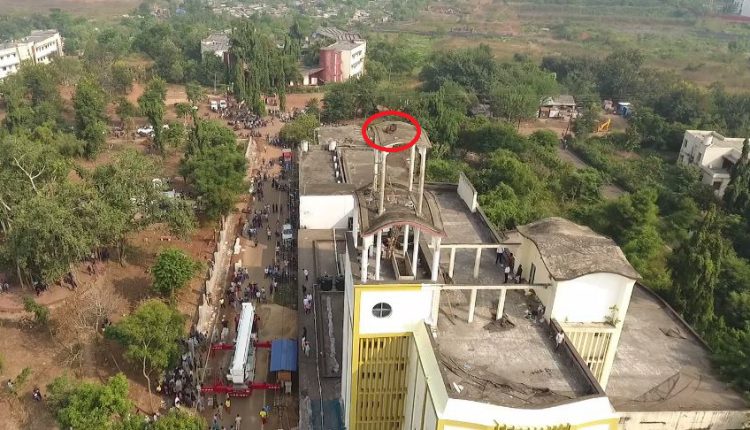 Bhubaneswar: High drama which unfolded at Utkal University after a man climbed atop Parija Library ended after personnel of Odisha Fire Service managed to rescue him.

It took the fire personnel around five hours to rescue the man identified as Subodh Barik, a resident of Pattamundai in Kendrapara.

Barik has also threatened to commit suicide when the fire personnel tried to reach him. “It was indeed a difficult task. One of our men managed to grab him and rescue him. It was a great team effort to save a life,” said Chief Fire Officer, Sukanta Sethy.

Further investigation revealed that Barik a former postal employee was missing since October 23. Police said that Barik was placed under suspension after he developed mental problems.

Barik during his stay at the building top demanded to meet the Vice Chancellor (VC) of the university to get a job. “We took many attempts to convince him but he did not listen to anyone of us. So we took one of our men in the sky lift and introduced him as the VC. IIC of Saheed Nagar police station also accompanied us and tried to convince him,” said a fire official.

Barik has been admitted to the Capital Hospital for medical check up.

Google will pay you $1.5 mn for finding bugs in Pixel phones

Trump thanks Pak PM for helping in hostages’ release