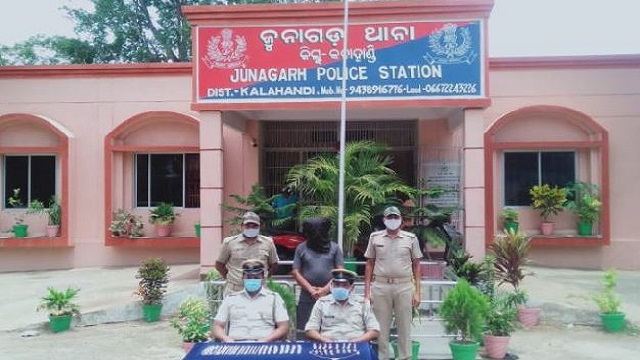 Bhawanipatna: Police on Sunday arrested a man in connection with the robbery of jewelry near Kalampur junction under Junagarh Police limits in Odisha’s Kalahandi district.

According to reports, Ranjan Kumar Sahu, owner of Kanchana Jewelry Shop, was opening the door of his shop by keeping a bag full of gold and silver on the ground on March 10. In the meantime, two persons came and looted the bag from Sahu.

Shocking! Doctor beats up patient for asking where is…

Police had started an investigation into the matter after Sahu filed a complaint. While probing the case, cops arrested one Suresh from Pakelapalli village in Ganjam district’s Asika police station.

Seventy-two grams of gold and 800 grams of silver were recovered from him. Police are trying to apprehend the mastermind of the case and others who are also involved.

Odisha: Constable Killed In Road Mishap While Returning From Duty