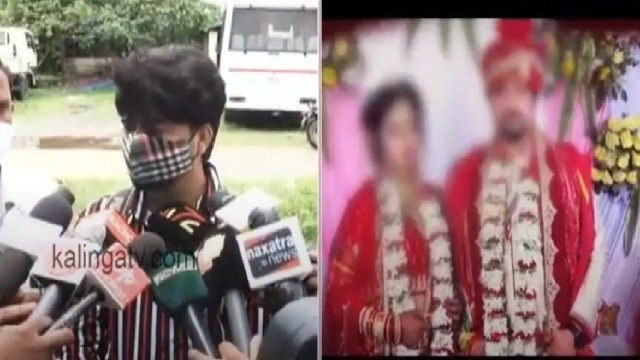 Cuttack: Mohit Sharma of Cuttack, who alleged harassment by his wife Sonali Das and her boyfriend, reached Cuttack Mahila Police Station for counseling. His wife also reached the police station.

According to Mohit Sharma, the couple met through Facebook and later tied the knot in November 2020. But soon after their wedding, he alleged that Sonali was harassing him as well as his parents.

He claimed that Sonali blackmailing to tarnish his image by shooting an obscene video with her boyfriend and then post it on the social media.

On the other hand, Sonali has also brought counter allegations of torture against him and said that Mohit has been regularly harassing and demanding money from her.

However, Mohit refuted all the allegations leveled against him by Sonali saying that she did not tell him about her past before they married.

Meanwhile, both Mohit and Sonali reached the Mahila Police Station for counseling over their dispute.