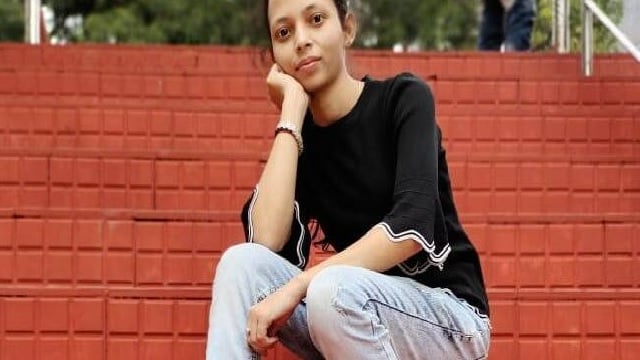 Bhubaneswar: In a recent development of the Mamita Meher murder case, Govinda Sahu’s driver Radhe has been arrested while the JCB driver Pushkar Bhoi and Munsi Gupteswar Tandi have become the State witness. Besides, two ladies have been detained by Balangir police for further questioning in connection with this case.

Earlier today Uttaranchal DIG and Balangir SGP had arrived at Kalahandi’s Mahalinga mini stadium for ground investigation to ascertain details at the crime spot. On the other hand, the prime accused Govinda has been taken to five day remand today for further investigation.

It is to be noted that the mystery behind Mamita’s missing case was revealed on Wednesday as the prime accused Govinda Sahu confessed to have killing her followed by burning and burying the body at an under construction stadium in Mahalinga.

Mamita was aware of his extra marital affair due to which Govinda had a grudge against her and in order to take revenge, he decided to eliminate her, the Northern Range DIG had informed in a press meet on Wednesday. In a fit of rage, Govinda pre-planned her murder and killed Mamita inside a Wagon R car while they were en-route to Kegaon from Bhawanipatna on October 8.

Thereafter, he burned the body using card board and tyres in a previously dug pit at the mini stadium and covered it the next day morning.

Some evidences were also found from inside the car, said reports. The police has also detained Govinda’s driver in connection with this murder. Govinda will be forwarded to Bangomunda JMFC court today and will be taken into five day remand for further investigation.

Explosion In China: 3 killed, over 30 injured