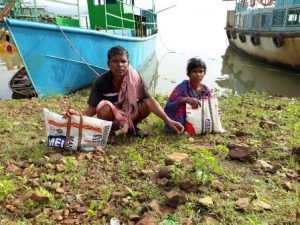 Malkangiri: The fear of Maoists loomed large in the Chitrakonda cut-off area of Malkangiri district again after a family in Jantri village left its house on Saturday due to repeated threats from the Red rebels in the last couple of days.

According to reports, Sana Pangi of Jantri village came under the scanner of Maoists after his son relocated to neighbouring state Andhra Pradesh to work in a company. Following the relocation, the Red rebels started suspecting him to be a police informer and issued threats to the family. It crossed all limits when the Maoists held a Kangaroo court at the village on Saturday and asked Sana Pangi, his wife and minor daughter to leave the village immediately.

Worried over constant threats from Maoists, Pangi’s family decided to leave the village this morning.

Security forces have swung into action following the development and beefed up security in the affected villages. They are in contact with the family and trying to bring the members back to the village, said sources.