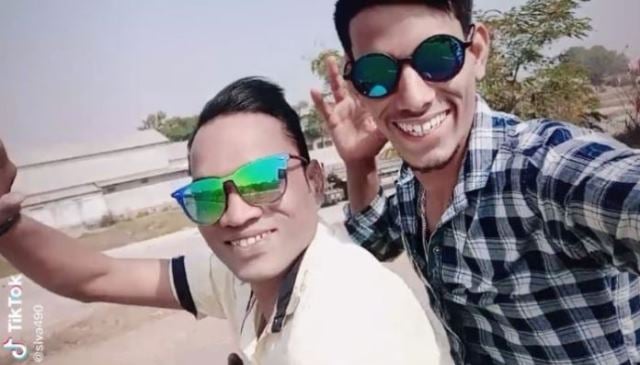 Berhampur: A youth died and another critical as they met a road accident while making TikTok videos and clicking selfie during their riding in a bike near Khajuria in the outskirts of Berhampur city in Odisha on Wednesday.

The deceased has been identified as Shiba Shankar Sahu, a resident of Haladiapadar village under Golanthara police limits in Odisha’s Ganjam district.

According to reports, Sahu along with his brother-in-law (wife’s brother) Siba Patro had visited Maa Taratarini Temple on a motorcycle bearing Regd No : OR07 V 2488,  in the district yesterday.

The duo had made several TikTok videos in front of the famous shrine. On their way back to home, both shot a few TikTok videos while riding the two- wheeler on the highway.

However, their motorcycle hit a stationary truck from rear side on the highway while they were busy in shooting TikTok videos on a smartphone. Following which, both the youths sustained critical injuries.

Locals immediately rescued them and rushed to a nearby hospital where Sahu was declared ‘brought dead’.

Meanwhile, Police have registered a case in this connection and started investigation into the matter.