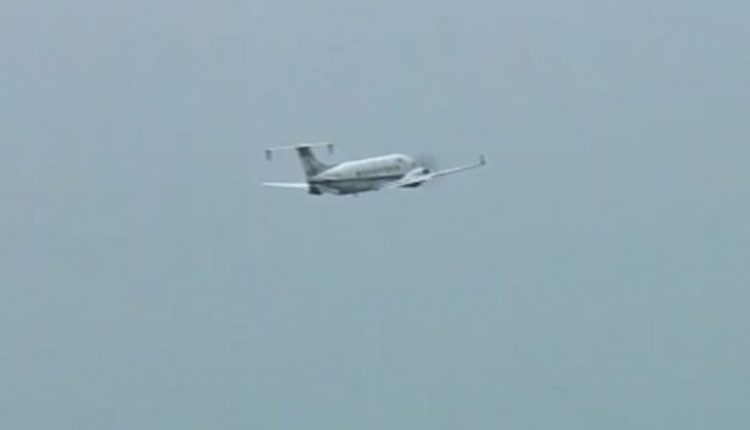 Jharsuguda: Carrying 10 passengers including four divyang children and three crew members (one pilot, one assistant pilot and one flight attendant), the maiden flight (Air Odisha) took off from Jharsuguda airport which was named as the Veer Surendra Sai Airport, minutes after Prime Minister Narendra Modi dedicated this to the nation.

The maiden flight took off from the airport to Raipur at 1.30 pm after getting a water salute. The flight services began under the regional air connectivity scheme UDAN (Udega Desh ka Aam Nagrik).

The Prime Minister dedicated the second airport of Odisha in the presence of Chief Minister Naveen Patnaik, Governor Professor Ganeshi Lal and other Union Ministers.

“Earlier, Odisha had one airport that is Biju Patnaik International Airport (BPIA), Bhubaneswar. Although there was delay, finally the second airport has been inaugurated,” said the PM in his address.

On the occasion, the Chief Minister urged the PM to launch regular fight operations from Jharsuguda Airport. “Starting with, Air India should launch regular operation from the airport. If any seat remains vacant, the state government will bear the cost of vacant seats for one year,” CM stated on the occasion.

The airport will provide connectivity to Bhubaneswar, Raipur and Ranchi under Udan scheme.

Built over an area of 909.22 acre area at the cost of Rs 175 crore of which Odisha government has contributed Rs 50 crore, the airport has been developed for all weather conditions including operations for Airbus 320 and Boeing 737 type aircrafts.

Jharduguda Airport gets connected to Bhubaneswar &…

The flight services from Jharsuguda will be operated six days in a week excluding Sunday. The regular schedule for flight operation will commence from September 24.

As per flight schedule approved by the DGCA, flight number 6X 201 will depart at 7.00 am from the Biju Patnaik International Airport (BPIA) in Bhubaneswar and land at the VSS Airport in Jharsuguda at 7.55 am. The flight operation will be six days in a week.