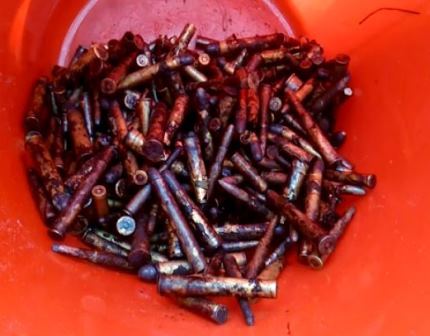 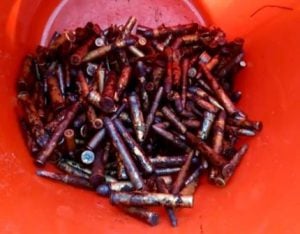 Jeypore: The police recovered a cache of old ‘Made in London’ bullets from a septic tank located near the District Industry Centre (DIC) in the city on Friday. The bullets were found packed inside plastic boxes.

A group of workers engaged on cleaning of the septic tank located just behind the DIC office, which was left unused for long, came across a plastic box containing these bullets this morning and reported the matter to Jeypore Police. The firemen engaged by Cops recovered at least 1000 bullets kept in separate boxes.

Additional SP of Jeypore Prabhat Kumar Pradhan said the recovered bullets are believed to be of British era origin as those were found with bearing “Made in London” tags engraved. A probe has been ordered to ascertain who dumped those bullets and under what circumstances.