Sundargarh: It is rightly said that “You can separate two lovers by distance but you can never break the bridge that connects.” This saying became a reality for two love birds at Kishanpada village under Bargaon police limits in the district.

According to reports, one Basudev Toppo (24) of Kishanpada village had married to a 21-year-old girl of Jharsuguda district on March 4. However, four days later he allowed her to marry her lover, identified as Sushil Pradhan.

After getting information about his dream girl’s marriage, Pradhan along with his two friends arrived at Kishanpada village and rushed to Toppo’s house and managed to meet the woman alone in the house.

When Toppo, who was out on some work, returned home, to his surprise, he found his wife and Pradhan in a compromising position. He caught hold of Pradhan and alerted the villagers who tied him to a pole and thrashed him.

However, the girl then confessed about their affair and claimed that she was forced by her family members to marry Toppo despite her denial.

Toppo later got the girl married to Pradhan in the presence of her parents and villagers. 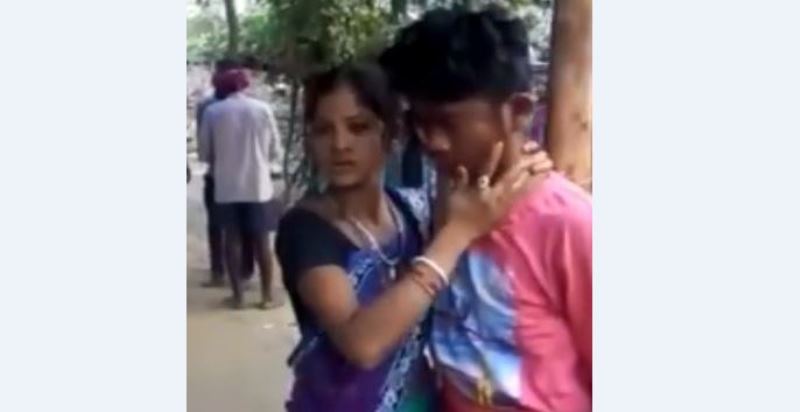