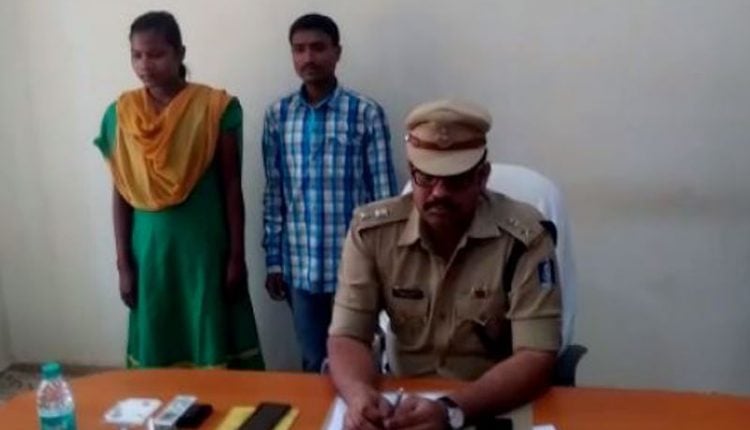 Angul: A love-struck cadre Maoist couple carrying a reward of Rs 5 lakh on their heads surrendered before police in the district on Tuesday with an intention to lead a normal life.

The surrendered couple has been identified as Dayanand alias Chhotu Ganju of Ranchi in Jharkhand and Jali Dehury of Majhipada village in Angul district of Odisha.

Confirming the surrender at a press conference here, Angul SP Mitrabhanu Mohapatra said the couple surrendered as the Maoists were not accepting their relationship and they have also been disillusioned with the red ideology after seeing exploitation of juniors in the hands of senior cadres in the outfit.

Dayanand worked as a Section Commander with Sundergarh-Deogarh-Sambalpur (SDS) Division of CPI (Maoist) group and was involved in 15 high profile cases. Jharkhand Chaibasa jail break, 2015 Boudh firing, Jukubu firing, Chhotkei and Chuanri beat house attack are some of major cases in which he took a lead role. Similarly, Chhotu’s lady love Jali was working as a cadre Maoist with the same division since 2017 and was involved in village level campaigns for the red rebels, added the SP.

While Chhotu was carrying a cash reward of Rs 4 lakh on his head, his lady love Jali was carrying prize money of Rs 1 lakh.

The surrendered couple would be rehabilitated as per the existing government policy, said police.