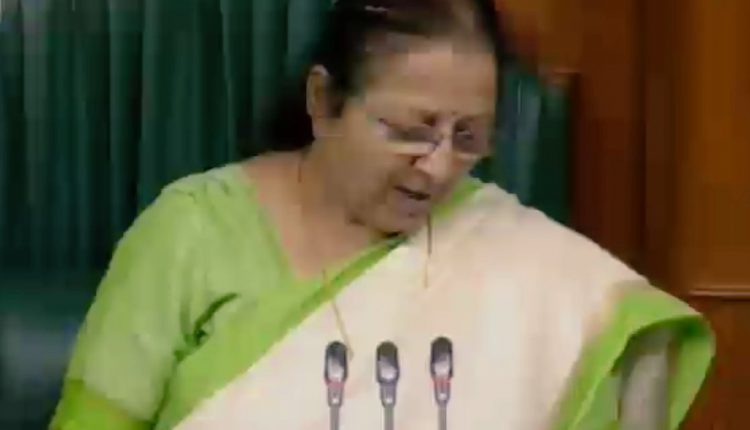 New Delhi: Lok Sabha Speaker Sumitra Mahajan On Wednesday accepted the No Confidence Motion against the Narendra Modi Government brought by the TDP and Opposition parties on the first day of the Monsoon session of Parliament.

“The House will take up the debate (on the motion) on Friday, July 20th. The discussion will be held for the full day, followed by voting on it,” Mahajan announced in Lok Sabha.

The Speaker also said that there will be no Question Hour on that day and the House would have no other business, barring the discussion on the no-confidence motion.

Parliamentary Affairs Minister Ananth Kumar said the Government is prepared to face the no-confidence motion brought in by several parties. “The entire country has confidence on Prime Minister Narendra Modi,” he said.

Earlier, as soon as the Speaker took up the Question Hour, members from Opposition parties, including the Congress, wanted to raise various issues, creating a din. Members from TDP and SP trooped into the Well with placards and shouted slogans.

Before the Question Hour, four members, who were elected to the House in the recently held by-polls, took oath. They are: Madhukarrao Kukade from Bhandara Gondiya and Rajendra Gavit from Palghar in Maharashtra, Thokeho from Nagaland and Tabassum Begum from Kairana.