Bhubaneswar: Nature has showered its blessings on Daringbadi with pine jungles, coffee gardens and beautiful natural green valleys and most importantly the snow fall, giving it the epithet of ‘Kashmir’ of Odisha.

Here the dew turns into ice at  night. But unlike Kashmir, which is mostly visited by people in the summer, Daringbadi is not only popular in the scorching summer but also has thousands of visitors in the winter.

Thousands of tourists from the state and outside the state therefore visit the pretty hill station not only to witness its natural beauty, but also for picnic. However, the locals alleged that though Daringbadi has got the Tourist spot status but has no  facilities. “Gajapati Maharaja Dibya Singha Deb had visited here and had two-day night halt and 21st Chief Justice of India late Ranganath Misra had also visited the spot and stayed for a night. But, it has not been developed and lacks the facilities which an accredited tourist spot should have. Only for name sake Daringbadi has become the ‘Kashmir’ of Odisha. However, people do not know about the attractive locations in and around the town as they do not have proper sign boards,” said Surendra Kumar Sahu, a resident of Daringbadi in Kandhamal district.

Sahu also said that, often they apprised about the matter to the local administration, but as no action was taken, the locals cleaned the picnic grounds and repaired the muddy roads. 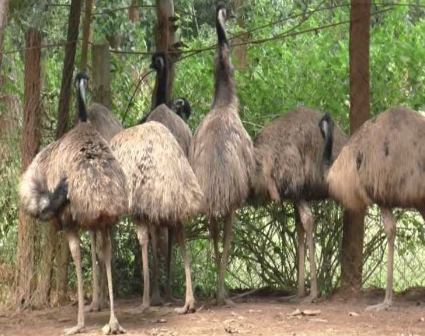 They demanded that the local administration should take action for the development of the picnic locations and beautification of green valleys, so that Daringbadi would have more tourist footfall.

Tourists were also annoyed over the lack of facilities and demand the preservation of Emu Birds near Kirikuti.

“I am very happy to be here with my friends. However, our journey to the picnic spot from the main road was horrible as the road was not good and did not have any signboards. I also saw the Emu Birds here. I had never seen such huge birds in my life. These are endemic birds. Therefore, the state government should initiate action for their safety and preservation, which adds beauty to the area and attracts tourists. The picnic spots also need lot of development,” said a tourist from Berhampur who visited the Lovers Point (Dadubada) near Kirikuti.