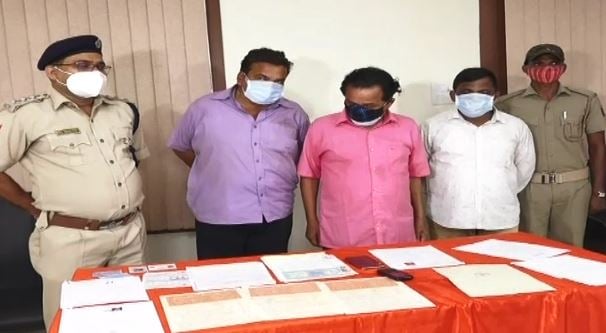 The arrested accused have been identified as Satya Shankar Satpathy , Khetra Mohan Tripathy and Rajkishore Swain. They have been arrested by Lalbagh police.

Sources say, Satya Shankar along with two others had availed 68 lakh loan from the Corporation Bank ,Cuttack branch. They submitted forged land records as collateral security. A complaint was registered with Lalbagh police on August 6 in this connection.