Live pangolin rescued by STF in Odisha, one arrested 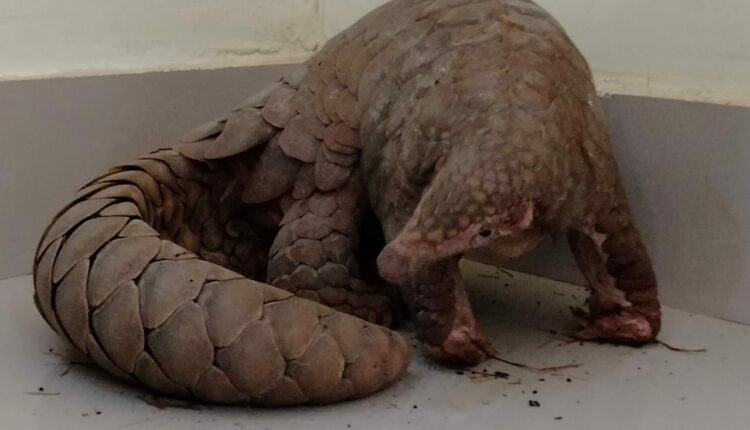 On the basis of reliable information, a team of STF conducted raid with the help of Tangi Forest Officials today morning near Brahmandi Chhak beside NH-16 under Tangi Police limits in Khordha district regarding dealing/possession of wildlife products by wildlife criminals. During the raid one wildlife criminal namely Jayakrushna Tarai of Ghumusharpadar under Balugaon Police limits in Khordha district was apprehended.

During search one Live Pangolin and other incriminating materials were recovered from his possession. The accused person could not produce any authority in support of possession of such live Pangolin, for which he has been arrested and will be forwarded to the court of JMFC, Tangi.

The Live Pangolin was handed over to the DFO, Khordha for safe custody. Investigation is going on.

The Indian pangolin (Maniscrassicaudata), also called thick-tailed pangolin, scaly anteater and bajrakapta ‘ବଜ୍ରକାପ୍ତା’ in Odia is a solitary, shy, slow-moving, nocturnal mammal. It is a schedule-I protected animal under Wild Life Protection act, 1972. Schedule I provides absolute protection – offences under these are prescribed for the highest penalties.