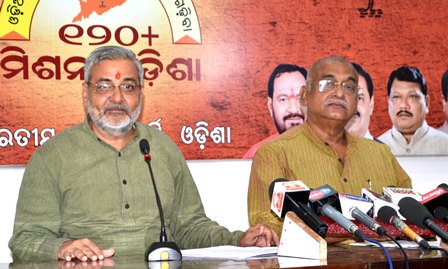 Bhubaneswar: The state unit of BJP on Saturday appointed four new spokespersons and 22 panelists to convey party’s views on matters of concern to the public and press.

According to a press release issued by the saffron party, Sajjan Sharma, Dillip Mohanty, Sudipta Ray and Golak Mohapatra are the four new spokespersons of the party.