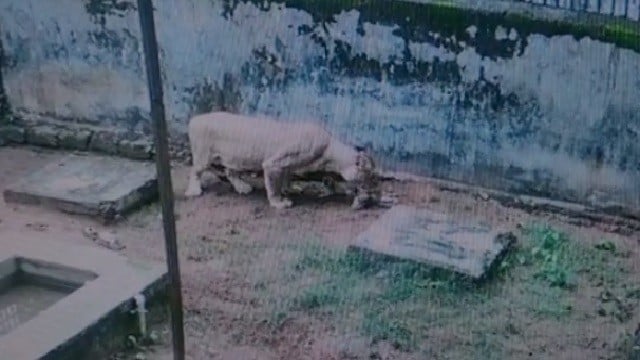 Bhubaneswar: The lioness ‘Bijli’ gave birth to three cubs at Nandankanan Zoological Park in the capital city of Odisha on Wednesday, informed Deputy Director of the zoo.

The zoo authorities have informed that out of the three cubs one cub has died.

The mother lioness along with two other cubs have been kept in a separate room in the Lion Safari under CCTV surveillance for safety by a veterinarian and a Nandankanan worker.

Reports said that, the lion Samrat, who was brought from Bilaspur zoo in April, was induced to mate with lioness Bijli.

It is to be noted that currently there are three species of 16 lion and lioness at Nandankanan Zoological Park which has now increased to 18.