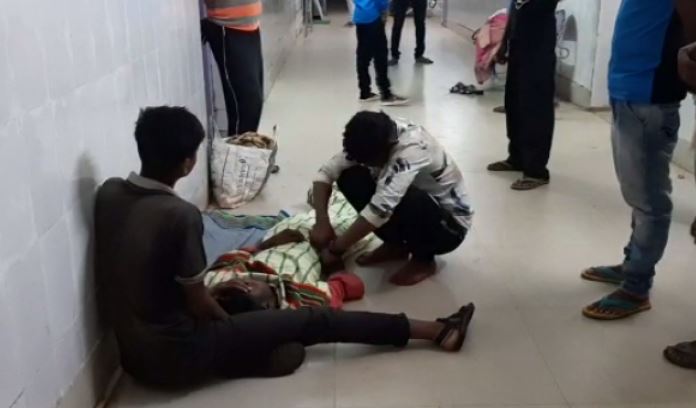 Keonjhar: In a heart-wrenching incident, a groom was killed and four others in his family sustained critical injuries after being struck by lightning on his reception day in Tangiriapal village under Harichandanpur police limits in Keonjhar district yesterday.

The deceased has been identified as Jeetendra Murmu. The injured are Jeetendra’s uncle Faguram, aunt Sulochana, younger brother Muna and another.

The lighting strike took place while Jeetendra along with relatives was present at the courtyard of his house and was preparing for the reception feast scheduled to be held last night. While all the victims were rushed to Keshdurapal Community Health Centre (CHC) for treatment immediately, Jeetendra succumbed under treatment after being shifted to Anandpur Hospital from there later.

Conditions of rest of the victims are stated to be stable now, after treatment.

In a similar incident at Batasahi under Ghashipura police limits in the same district, a youth namely Sanjay Soren turned critical after being hit by a lightning bolt on the same day. He has been admitted to Anandpur Hospital for treatment.