Lightning kills 12 in 4 districts in Odisha 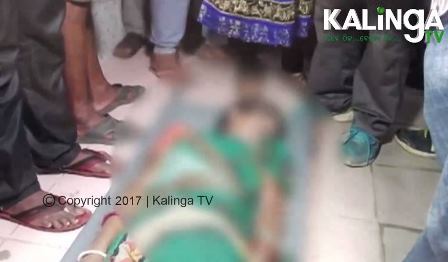 Bhubaneswar: As many as 12 persons were killed and many others injured in lightning strikes in Balasore, Bhadrak, Kendrapara and Keonjhar districts on Sunday.

Five of the 12 people were killed in Bhadrak district alone. Mrutyunjaya Behera of Orali village, Santosh Sethi of Nurupur, Narahari Das of Sundarpur and Purnachandra Jena of Thiakular died on the spot when lightning struck them while working in the field. Another person also died of lightning strike at Kinadanda village of Rajgharpokari of the district.

Four persons were killed due to lightning in Balasore district. Bharati Das of Kulingar, Ramesh Swain and Srinibas Santara of Srinagar, Jelhi Singh of Gopinathpur village were the four killed in lightning.

In Mahakalapada block of Kendrapara district also, two died of lightning. They were identified as Ramesh Swain of Kochila and Jharimani Rout of Adhoi village.

One Subash Barik of Anra village in Keonjhar died after being hit by the lightning.

Those who sustained injuries due to lightning have been admitted to different hospitals of the districts.