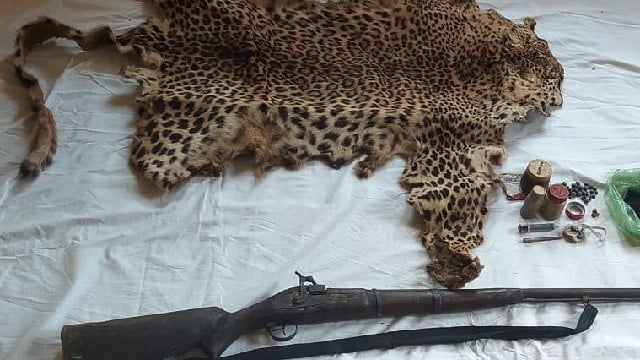 Boudh: A leopard skin has been seized by the Special Task Force (STF) team in Boudh district and arrested one person in this connection.

The arrested person has been identified as Hara Rana son of Late Lakeswar Rana of Ghuchingi village.

On the basis of reliable information about a deal of sale of Leopard skin by wild life criminals today, the STF team conducted a raid near Kapasira village and apprehended the accused poacher.

The accused person could not produce any valid authority in support of possession of such leopard skin , arms and ammunitions, hence he has been arrested.

The seized leopard skin will be sent to Wild Life Institute of India, Deharadun for chemical examination. The team has initiated a probe into the matter.

A perfect day for Sandesh Jhingan, named as AIFF Men’s Footballer of the Year on his birthday