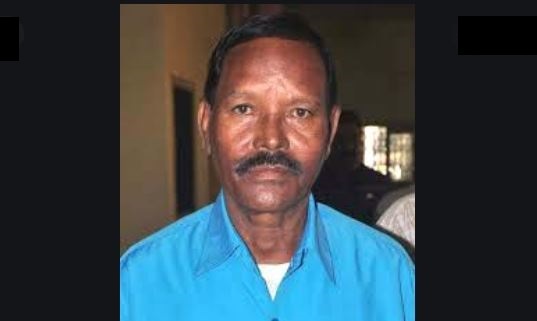 Rourkela: Legendary Indian Hockey player Michael Kindo passed away at the age of 76, while undergoing treatment at Ispat General Hospital (IGH) in Rourkela in Sundergarh district of Odisha on Thursday afternoon.

Micheal was reportedly undergoing treatment for geriatric complications for the last one month at this hospital and succumbed to the illness.

Kindo represented the Indian Hockey Team in 1972 Olympics and won the bronze medal. He was also a member of the World Cup winning Indian team in 1975. He was awarded with Arjuna Award for his achievements in hockey.

Born in Jharkhand, Michael shifted to Odisha and made Rourkela his base.

Former India left back Michael Kindo, who was part of the team that won the 1975 World Cup and bronze at the 1972 Olympic Games, died on Thursday in a hospital in Rourkela. He was 73 and is survived by his wife, son, and two daughters.

Kindo, a recipient of Arjuna Award, was undergoing treatment for geriatric complications for one month at the Rourkela Ispat General Hospital, said sources.

“A true gentleman. It’s sad that the year has to end with a news like this,” Diwan, who was a goalkeeper of the 1975 World Cup-winning team, told IANS.

“He had been ill for some time now. When we had gone to Odisha for the last World Cup in 2018, we couldn’t meet him because of his illness.”

Hockey India, too, mourned the death of the versatile full back.

“We are deeply saddened by the demise of our former hockey player and 1975 World Cup winner, Michael Kindo. We send out our heartfelt condolences to his family,” said Hockey India.

Kindo was part of the Indian team that beat Pakistan in the final of the 1975 World Cup in Kuala Lumpur. It remains the only World Cup title that the Indian men’s team has won and the team has also won only one Olympic medal since 1972 Munich — gold at the Moscow Olympics.

“Deeply saddened to know the passing away of hockey legend and Arjuna Awardee #MichaelKindo, a tribal icon and part of India’s World Cup winning team of 1975. My thoughts are with his family and fans,” said Odisha Chief Minister Naveen Patnaik.