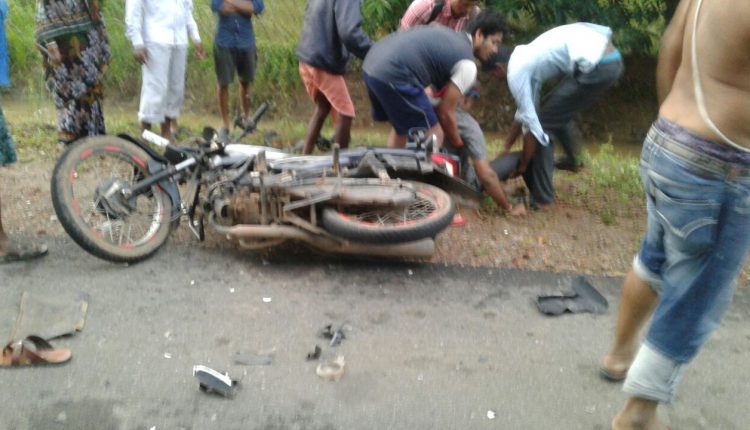 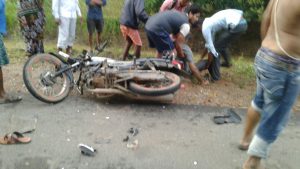 Balasore: A college lecturer was killed and two others seriously injured in a road accident on the Soro-Kupari highway here on Sunday.

The accident happened when the deceased, Bhakta Kishor Mohanty was heading towards Kupari from Soro on his motorcycle. The vehicle was hit by another motorcycle coming from the opposite direction.

Soon after the accident, the locals took them to the hospital at Khaira where Mohanty was declared dead.  The two others, Umamani Sahu and Sisir Sahu, belong to Eram village of Basudevpur block in Bhadrak district.