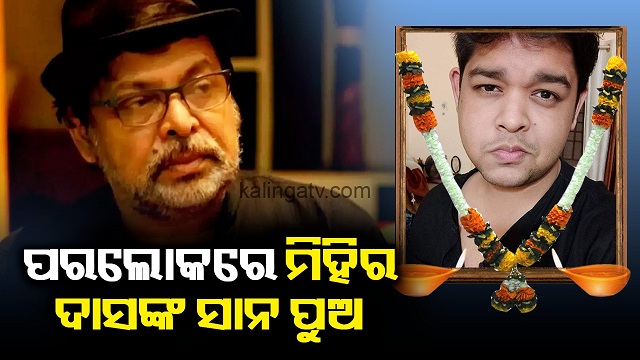 Cuttack: Late Odia actor Mihir Das’ younger son Aklant Das has passed away. He died late at night while undergoing treatment at a hospital in Cuttack.

He was dealing with health conditions and was unwell since many days. He passed away last night.

His last rites have been conducted at Satichaura cemetary in Cuttack.

It is to be noted that Veteran Odia film actor Mihir Das died on January 11, 2022. He passed away at the age of 63 years while undergoing treatment at a hospital in Cuttack. His last rites had been conducted with full State honors, and his death had been condoled by many notable personalities including CM of Odisha, Naveen Patnaik, Governor of Odisha, Ganeshi Lal, as well as Prime Minister of India, Narendra Modi.

Mihir Das was also undergoing treatment when he passed away.

One killed, 2 injured by shooting stones on Jammu-Srinagar highway