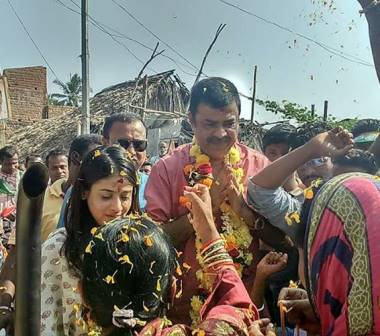 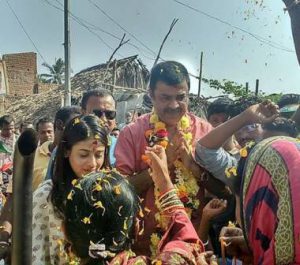 Bhubaneswar: Putting an end to all speculations among the political fraternity in the state, late Congress heavyweight Lulu Mohapatra’s brother Lalitendu Bidyadhar Mohapatra and daughter Upasana Mohapatra from Brahmagiri Assembly Constituency would formally join BJP at a special function in the city today.

The special function,  which will be held at the Exhibition Ground at around 12PM in the city, will also witness joining of senior lawyer Pitambar Acharya and former Youth Congress leader Satyajit Mohanty  the saffron party .

Two Union Ministers Dharmendra Pradhan and Jual Oram are slated to attend the special function where the supporters of late Lulu Mohapatra including members of Lulu Sena will also join BJP.

Lalitendu maintained that he would reveal the reason of choosing BJP during the joining function.

On the other hand, Satyajeet took a pot shot at Congress party while informing on his decision of joining BJP. Like late Lulu, he was constantly being neglected by the party leadership which compelled him to quit the grand old party, claimed Satyajeet