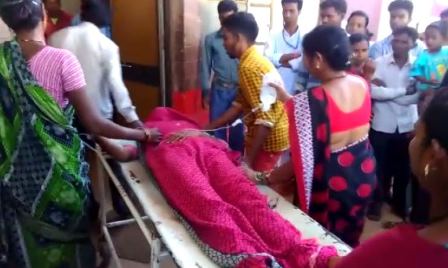 Cuttack: The health condition of Kunduli gang rape survivor turned critical following which she was shifted to the Medicine intensive care unit (ICU) of SCB Medical College and Hospital here on Monday.

According to sources, she became critical due to excess intake of iron added tablets. A seven-member special team of doctors has been constituted for her treatment, added the sources.

Anesthesia, Medicine and heart specialists are in the team.

The officials of District Child Welfare Committee (CWC) had admitted the minor to the Koraput hospital after she vomited several times at the Tribal Welfare (TRW) School in Kotapad, where she was kept.

However, the victim did not improve after preliminary treatment and vomited time and again at Saheed Laxman Nayak Medical College. Later, she was shifted to SCB Medical in Cuttack and is currently under treatment.

Notably, the minor victim from Musaguda village was allegedly gang raped by a group of four men uniformed as jawans of Central Forces while returning from the Kunduli daily market on October 10.

She is currently under the custody of CWC as her family members refused to accept her after being discharged from the hospital.