Kumulu Jani of Koraput is first SDC Chairperson of Odisha 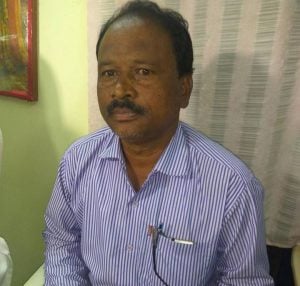 Bhubaneswar: The Government of Odisha on Thursday nominated tribal leader Kumulu Jani as the first Chairperson of Special Development Council (SDC) in Koraput district. He will be accorded as the status of a Minister of state.

Jani, the President of Paraja Samaj and Vice President of Tribal Association in Koraput district, has recently joined the ruling Biju Janata Dal (BJD) along with hundreds of  fellow tribals at Naveen Niwas here in the presence of Chief Minister Naveen Patnaik .

Paraja tribal community has a significant presence in Koraput district with a lion’s share of 37% votes in the district.

The Chief Minister’s office also shared the nomination of Jani as Koraput SDC on its twitter handle.

The Naveen Patnaik Government issued a notification for setting up of  SDCs in nine tribal dominated districts to empower the tribal communities in the state. The districts are Mayurbhanj, Keonjhar, Sundargarh, Kandhamal, Gajapati, Koraput, Rayagada, Malkangiri and Nabarangpur.

The Councils will have their headquarters at respective District Headquarters and will focus on preservation of tribal culture and traditions, heritage and unique identity of each tribe. They will play a pivotal role in increasing tribal participation in governance and helping make tribal development more effective and inclusive.