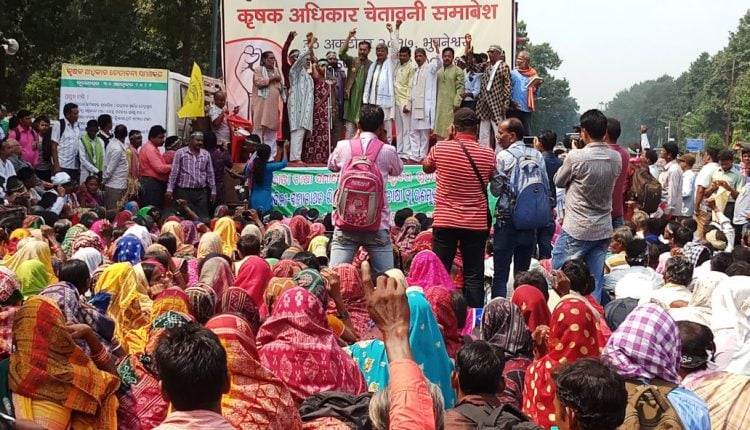 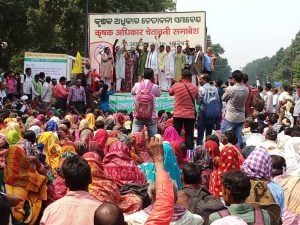 Bhubaneswar: Hundreds of farmers took to the streets at the Lower PMG Square in the city today and held ‘Krushak Adhikar Chetabani Samavesh’ over various demands. The agitating farmers alleged that both the State and Central Government are acting against the interest of the farmers community.

The Samavesh held under the aegis of Odisha Krushak Sangathan Samanwaya Samiti also witnessed the presence of members of various farmer associations from neighbouring states who appealed the government to fulfill demands like farm loan waiver and increase in minimum support price for crops without further delay.

Categorically raising the MSP issue, speakers at the Samavesh demanded that the MSP of paddy should be increased to Rs 2,930 per quintal as was promised by Prime Minister Narendra Modi earlier.

Addressing the rally farmer leader Prafulla Samantray warned the government of taking the farmer’s stir to every village of the state in the coming days if government fails to address the needs of the community.