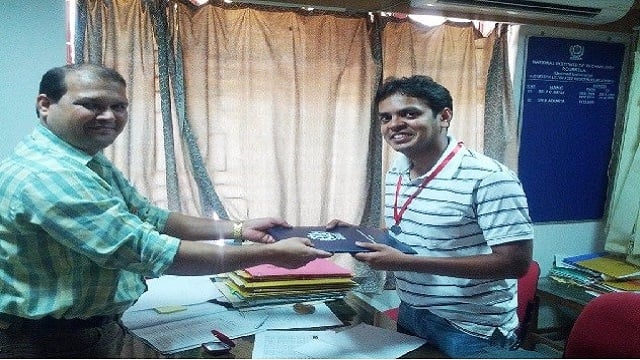 Rourkela: The UN World Food Programme (WFP) has received the Nobel Peace Prize this year. This has Odisha link as the member of the WFP’s Advisory Council and leader of its artificial intelligence (AI) operations is an Odia. He is identified as Pranav Khaitan.

Pranav Khaitan, who is a resident of Odisha’s Steel city Rourkela, is said to have played a vital role in WFP winning the most prestigious award in the world.

Meanwhile, the UN World Food Programme thanked and felicitated Pranav for the achievement.

Fire breaks out at NIT Rourkela

Fire breaks out in Rourkela NIT, no loss of life or property

Currently, Pranav is pioneering the use of artificial intelligence to revolutionize humanitarian operations which helped lifting hundreds of millions of people out of hunger globally.

Though Pranav was born in Rourkela, his family is settled in Kolkata of West Bengal. His father Pawan Khaitan is a chartered accountant. His mother is Usha, who belongs to Rourkela. His younger brother Paras is dual degree holder in engineering and business administration from IIT-Kharagpur.

Pranav completed his graduation in computer science and engineering from the National Institute of Technology-Rourkela (NIT-R) in 2009 before doing his Masters from Stanford University, USA.