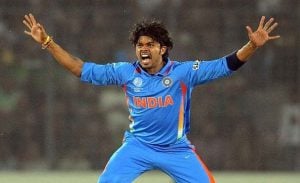 Kochi: In a relief to cricketer S Sreesanth, Kerala High Court on Monday lifted the life ban imposed on him by the Board of Control for Cricket in India (BCCI) in connection with the 2013 IPL spot-fixing scandal.

The court issued the order after considering a petition filed by the cricketer in March challenging BCCI’s decision not to lift the ban despite a Delhi court exonerating him in 2015.

In his order, Justice A Muhamed Mustaque also set aside all proceedings against Sreesanth initiated by the BCCI.

The court had earlier sought the BCCI’s stand on the plea by the cricketer challenging the life ban imposed upon him by the game’s governing body.

The BCCI had filed a counter-affidavit on the issue in the court in response to the plea by Sreesanth, who had challenged the life ban despite a court dropping all charges against him.

All the 36 accused, including Sreesanth, Ankeet Chavan and Ajit Chandila, were let off in the spot-fixing case by a Patiala House court in July 2015.

Speaking to media persons outside the court premises, Sreesanth said he would  start from scratch again.

“I am definitely happy about the verdict. I am really thankful to the Kerala High Court and my lawyer,” the fast bowler said. “I am only 34 now.  I can play cricket for next 6-7 years with my fitness and God’s blessings. ”