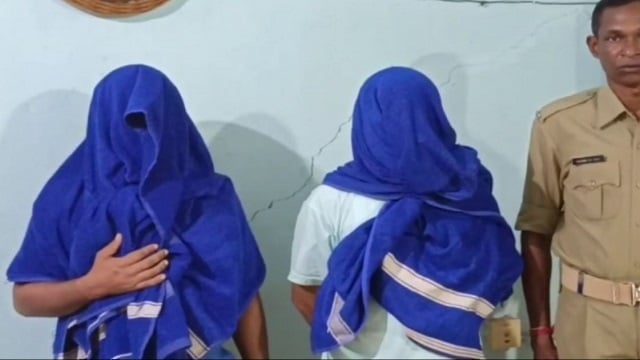 Keonjhar: The police have recovered stolen items of as many as 4 bikes and 9 mobile phones from two detained person’s  possession  in Anandapur area of Keonjhar district in Odisha  today.

The accused have been identified as Sishir Kumar of Luniapatna village and the others as Rajesh Kumar Prusty and Sambit Kumar Sahoo.

According to reports, on Thursday, Sishir was arrested by the police for stealing a mobile phone. Later on the same day, he was forwarded to the court.

As per the complaints of the locals regarding theft in the area, the police took Sishir on remand to conduct further investigations into the matter.

After grilling Sishir, the police initiated a probe as per Sihsir’s statement and raided near Ghata gaon area.

In the course of the raid, the police recovered a stolen scooty and bike, which were stolen from area under Keonjhar town police limits.

Besides, Sishir sold the stolen bike and scooty for Rs. 10 thousand to the owners of a mobile shop located in the area and the owners are identified as Rajesh Kumar Prusty and Sambit Kumar Sahoo.

The police seized the stolen bikes from their possession and took Rajesh and Sambit to the police station for questioning.

After questioning the duo, the police conducted further raids in several places as per the duo’s statement.

In the meantime, Sishir appeared before the court today, as his remand duration ended and Sambit,Rajesh were detained by the police.

The police also added that, the duo will be forwarded to the court for further proceedings.