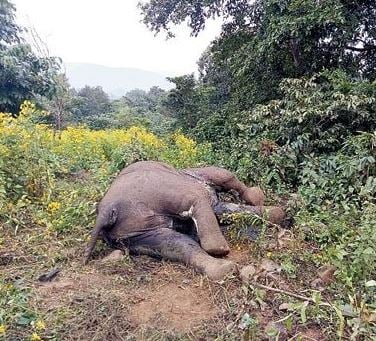 Keonjhar: The elephant that was rescued earlier from the Chamakpur forest area under Champua Forest range in Odisha died while undergoing treatment. The elephant had been rescued from the forest by the forest officials while it had fallen sick.

The elephant was under treatment since November 24th and today succumbed to the injury in the morning hour, according to the reports.

The Forest officials found the pachyderm while it was roaming here and there in the forest in a sick condition. They found that the elephant had sustained injury in one of its legs.

However, it is yet to be ascertained how the elephant sustained injury in its leg.

Further investigation of the case by the Forest Department is underway.