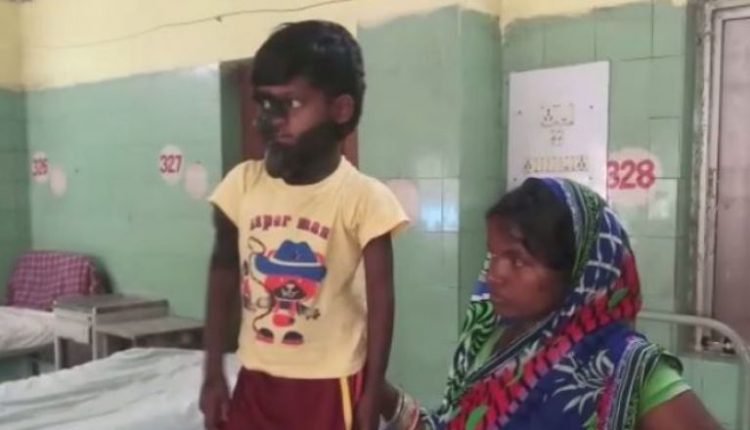 Berhampur: The treatment of Kanha, a five-year-old boy from Ganjam district, suffering from ‘Werewolf Syndrome’, began at MKCG Medical College and Hospital here on Thursday.

A 12-member team of doctors, including the Head of the Department (HOD) of Plastic Surgery Prof. Raju Das, Superintendent of MKCG Charan Panda and Dean Radha Madhav Tripathy conducted the first phase recuperative surgery of the boy for about five-hour today.

Speaking about the surgery, Raju Das said, “The first-phase surgery went on for five hours during which skin from the boy’s thigh was grafted onto his face. Such disorder is known as Werewolf Syndrome. The boy will undergo more surgeries in the next three months. We will take a decision in this regard after observing the child’s response to the treatment.”

The second phase operation of Kanha will be done on August 7.

Notably, Kanha was born to Mamata and Ramachandra Naik of Gayaganda village under Jagannath Prasad block in Ganjam district. He has been suffering from the congenital skin disorder several months now. However, his treatment began after Kalinga TV highlighted his plight in its Kalinga Bandhu programme recently.