Kangaroo Court: 2 youths made to kneel down, kicked for overtaking vehicle 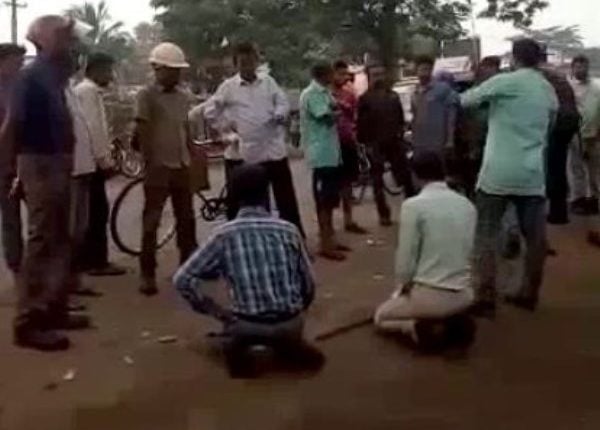 Angul: In yet another instance of Kangaroo court in the state, at least two youths were made to kneel down in full public view and later kicked brutally by an influential person merely for overtaking his vehicle in Banarpal area in the district yesterday.

While the incident took place yesterday afternoon on NH-55 near Banarpal, it came to light only after an onlooker who had secretly filmed it on his mobile phone, made it viral on internet later. The youth duo’s bike was intercepted by the accused whose is believed to be a political leader from the area minutes after they overtake his vehicle on the highway.

After making the youth due to kneel down before the accused also kicked them for their overspeeding.

While the whole incident happened before the eyes of hundreds of passers-by nobody dared to intervened and rather preferred to become mute spectator.

While no complaint has been filed in the case, stringent action is being demanded against the accused in the case.