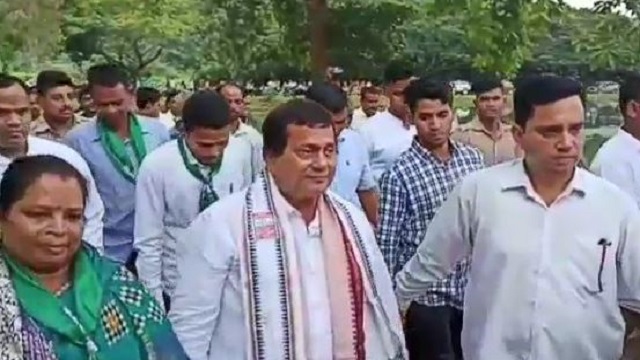 As per reports, hudreds of BJD workers had took part in the padayatra. Bike rally and padayatra were done for more than 40 kilometres. The padayatra started from Adakata panchayat of Gania block and reached  Karada panchayat. Dr. Achyuta Samanta joined the padayatra as chief guest in Narayan Prasad High School at Karada and inaugurated the padayatra there. Daspalla MLA Ramesh Chandra Behera joined as the inaugurator.