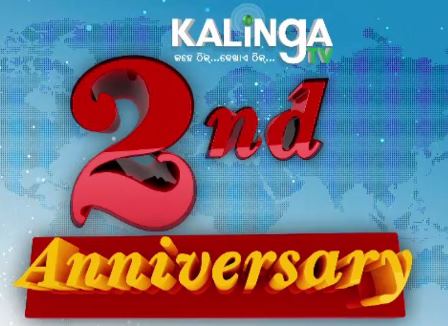 Despite facing a number of hurdles, Kalinga TV has been providing timely, credible and unbiased news to countless viewers for the last two years.

In a short span of time, it has created its own identity by following its founder Dr. Achyuta Samanta’s ideals.

It has shunned sensationalism and opted to report the truth and has become the voice of the common man.

From the Gumudumaha firing in Kandhamal to the Niali sheep killing in Cuttack and from Bhadrak riot to Kandhamal conjoined twins – Jaga and Balia, Kalinga TV was the first one to report happenings around the state and helped the victims to get help from the respective district administrations.

On its Foundation Day, Dr Achyuta Samanta felicitated reporters, stringers, technical experts and the staff who have worked tirelessly. He also handed over cash prizes to reporters and stringers for their coverage of ‘Nua Mana, Nua Sapna, Gaon ku Chala Abhijan.’

Kalinga TV has become an example for other media houses in providing news without fear or favour.