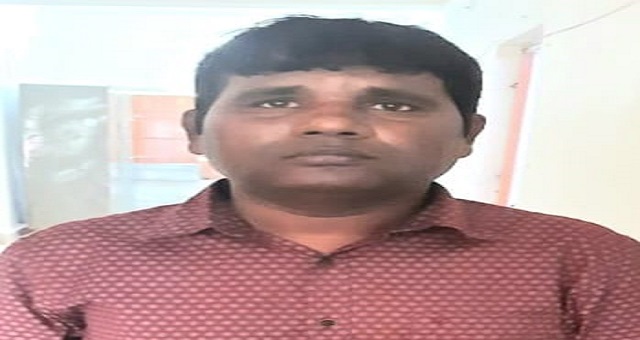 Bhubaneswar: In a crackdown on the corrupt officials, the vigilance sleuths have apprehended a Junior Engineer while accepting and demanding a bribe of Rs 50 thousand from a contractor here in the capital city of Odisha today.

The accused has been identified as Ramakanta Behera.

According to reports, Ramakanta was demanding bribe for release of the contractor’s pending bill for a road construction work, which was executed by the contractor.

Later, The contractor complaint regarding the bribe demands made by Ramakanta in Bhubaneswar Vigilance. Based on the contractor’s complaint, the vigilance sleuths laid a trap to nab Ramakanta.

However today, Ramakanata was caught by the vigilance sleuths while accepting  bribe.

Following Ramakanta’s arrest, simultaneous searches have been initiated by the vigilance department to find the possession of disproportionate properties by him. Meanwhile, the vigilance officers are conducting simultaneous searches in  Plot No-212, Sobhagya Nagar, Khandagiri, Bhubaneswar, native village at Phulbani and his office at Bhubaneswar Block.

It is to be noted that in a similar incident on yesterday evening,  the vigilance sleuths apprehended two corrupt officials for demanding and accepting bribe.