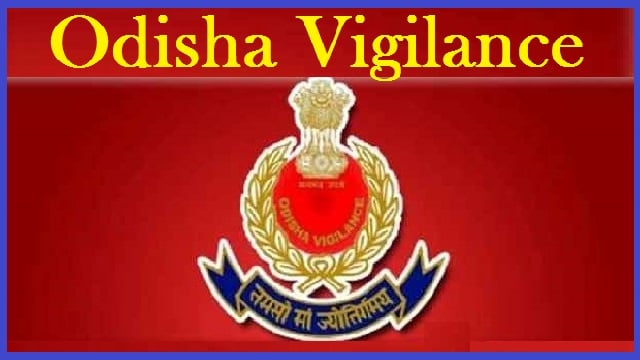 Cuttack: Dhrubananda Rout, Junior Engineer(JE), R&B Section-II, SCB Medical College & Hospital, Cuttack has been apprehended by Odisha Vigilance for demanding and accepting undue advantage (bribe) of Rs 15,000 from a complainant for facilitating payment of bills and preparing the estimate of the additional work executed by him in the residential building in SCB.

Based on the above complaint, a trap was laid today wherein the accused Dhrubananda Rout, JE was caught by the team of Odisha Vigilance in his office at SCB Medical College campus, Cuttack while demanding and accepting undue advantage (bribe) of Rs 15,000 from complainant.

The entire bribe money was recovered from the possession of Rout and seized in presence of witnesses. Both hands wash of Rout gave positive chemical reaction, confirming acceptance and handling of bribe money by him.

Following the trap, simultaneous searches have been launched on the residential Govt. quarter of Rout at New LIC Colony, Badambadi, Cuttack and house at native village Champatipur under Mahanga Police Station limits of Cuttack district.

Meanwhile, he has been forwarded to the Court of Special Judge Vigilance, Cuttack, which remanded him to judicial custody till March 17, 2022.

In this connection, Vigilance Cell P.S. Case No.4 dated 03.03.2022 U/s 7 Prevention of Corruption (Amendment) Act, 2018 has been registered and is under investigation.

Tata offers massive discounts on its cars for March 2022, Know details about the offer