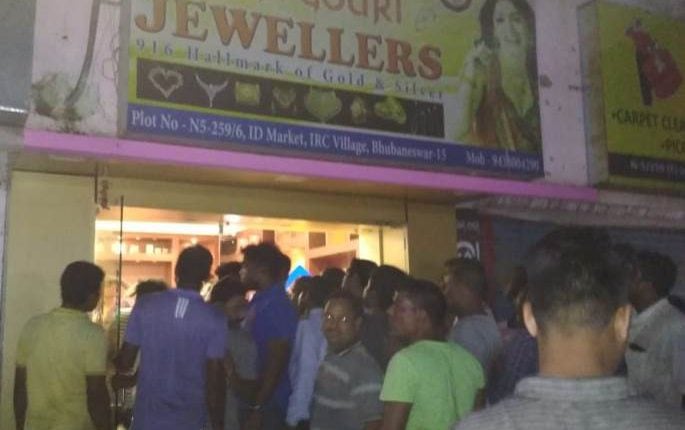 Bhubaneswar: Putting a question mark on the safety and security of denizens in capital city Bhubaneswar yet again, unidentified miscreants looted jewelleries worth Rs 25 lakh from a shop owner last night.

The loot took place at the busy Indradhanu Market located under Nayapalli Police Station area during the closing hours of the business. Owner of a shop namely, Maa Gouri Jeweller was about to close his shop when a group of bike-borne miscreants approached him and decamped by snatching a jewellery bag which he was carrying.

Later, Nayapalli Police swung into action after intimation from the concerned shop owner and launched an investigation.

Police have taken the CCTV footage of the shop and trying to identify the looters from it. Later,  a manhunt will be launched to nab them, they said.