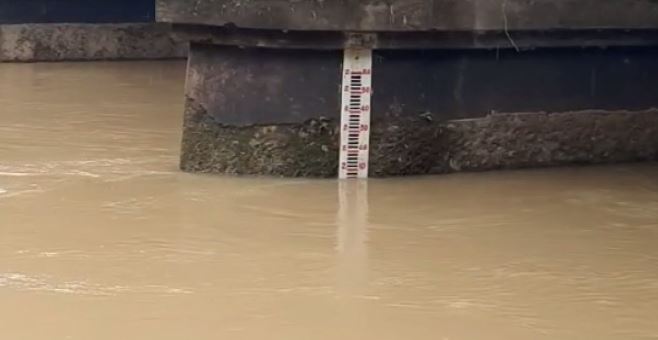 Balasore: Triggering flood fear among residents of Basta block in Balasore district, the water level in Jalaka river has registered an increase since last night and flowing above the danger mark at Mathani.

As per the report, against the danger mark of 5.50 metres at Mathani in Jalaka river the water was flowing at a height of 6.42 metres till 8 am this morning.

The sudden increase in the water level of the Jalaka river was triggered by the incessant rain which lashed upper catchment areas like Rasgovindpur, Suliapada and Chitrada of neighbouring Mayurbhanj district yesterday. The water level is increasing in the river at a rate of 0.1 metre currently leaving people in a state of panic.

Locals have claimed that if the current scenario continues then villages in 10 panchyats of Basta block and 2 panchyats of Sadar block will be affected by flood in the coming days and thousands of hectares of paddy crops will be damaged.