New Delhi: Kandhamal twins Jaga-Balia, who are undergoing treatment at All India Institute of Medical Sciences (AIIMS) after their separation surgery, received the Mahaprasad from Puri Jagannath Temple here on Wednesday.

Jagannath Sena Convenor Priyadarshan Patnaik handed over the Mahaprasad of Lord Jagannath along with banas (sacred flags that protects devotees) to Dr. Ashok Kumar Mahapatra, Chief of the Neurosciences Centre of the hospital and Jaga-Balia’s parents Bhuiya Kanhar and Puspanjali Kanhar.

Chairman of Jagannath Temple and King of Puri Gajapati Maharaja Dibyasingha Deb offered his prayer for the speedy recovery of the twins.

“First of all I thank Lord Jagannath and all the staff of AIIMS, Delhi for the success of the very rare and complex surgery. I also thank the people of Odisha for their benevolent prayers for the babies. I have full faith on Dr. Ashok Mahapatra. May both the babies completely get well soon,” said Dibyasingha while speaking to Kalinga TV in the National Capital today. 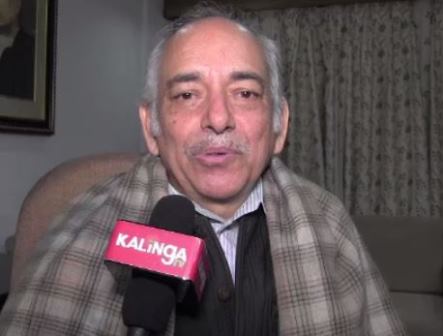 Meanwhile, Doctors attending Jaga-Balia said that both the babies are doing well and getting to normalcy at good space.

Odisha Chief Minister Naveen Patnaik, during his three-day New Delhi tour, had also visited the AIIMS and met the twins on Sunday. He had held discussion with the team of doctors over the health condition of the twins, assuring to bear further expenses of the kids.