Jajpur: In a first of its kind, an International Tipitaka Chanting ceremony has started at the largest Buddhist complex in Odisha- Udayagiri on Tuesday. The Tourism department of the State Government in collaboration with California based Light of Buddhadeb Foundation have sponsored the three-day long spiritual event.

Dressed in their traditional attire, hundreds of Buddhist monks and devotees from various countries attended the Tripitaka Chanting ceremony at the Toshali Convention of Udayagiri in the distict. The monks from Myanmar, Thailand, Vietnam, China, USA, etc. along with Indian monks chanted hymns and teachings of Lord Buddha for world peace and harmony.

“It is a matter of great rejoice to see so many monks offering prayers at the Buddhist site in Odisha for world peace and benefit of all,” said Budhaditya, a Buddhist monk. 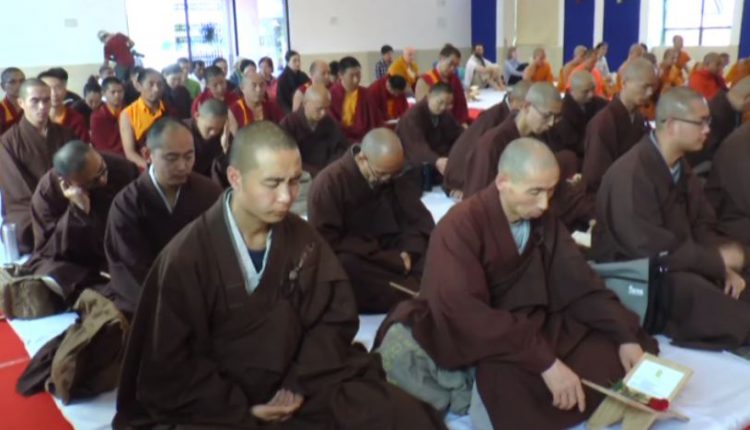 In the side-line of the event, the pilgrims also enjoyed the photo exhibition displaying rare pictures collected from Buddhist triangle of Odisha – Lalitgiri, Ratnagiri and Udayagiri.

The main objective of organising the Tipitaka Chanting ceremony in Udayagiri is to promote the prominent Buddhist sites of the state and world peace, said Sunil Kumar Patnaik, Deputy Director, Tourism and Culture Department, Government of Odisha.

The first International Tripitaka Chanting ceremony of the state will conclude tomorrow.