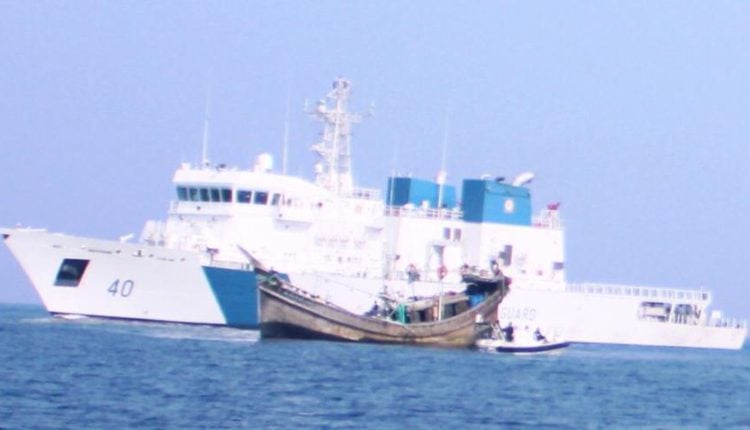 Bhubaneswar: Indian Coast Guard rescued at least 19 Bangladeshi fishermen from the Bay of Bengal in the wee hours of Tuesday, said a press release by Indian Coast Gurad, Operation.

As per the information, on the night of 07 Dec 20, Indian Coast Guard aircraft whilst on operational tasking in the Bay of Bengal noticed adrift fishing boat in Indian EEZ. The boat was contacted on VHF radio to which no response was received. The aircraft passed the information to Indian Coast Guard Ship (ICGS) Varad that was deployed in Bay of Bangal on another operational mission. The ship immediately approached towards the boat  factoring wind and sea conditions and located the boat in early hours of 08 Dec 20. The boat had left Coxbazar (Bangladesh) on 15 Nov 20 for fishing and remained adrift for long. The boat drifted into Indian EEZ due to break down in machinery.

The crew was found exhausted with no ration onboard and was provided with first aid, food and water by the Coast Guard ship.

Alert For Train Passengers! Indian Railways Has Changed The Way Of Booking Tickets

Citroen C3 electric car to launch in India in early 2023,…